Consequences for drunk driving, also known as DWI and DUI are serious. If you live anywhere in Erie County, including the City of Erie, North East, and Corry, PA, and have been convicted, you could be confronted with incarceration, license suspension, inability to be insured, fines, and court costs. Whether you are dealing with your first DUI offense, an underage DUI or worse, quickly contacting Attorney Hopkins will guarantee that your rights are protected.

Learn about the new Pennsylvania DUI law and how people can keep there license in certain cases.

Don’t Overpay for Your Mistake

A first time DUI is already going to be an expensive mistake. Don’t overpay for it by using an attorney who charges too much just because they think you’ll pay it. Attorney Hopkins’ fee for a first time DUI, with no prior criminal record, is a fixed $1,200.00. That’s far less than what other, less experienced, attorneys charge. Why does he charge so much less? Attorney Hopkins believes you’ve been through enough hassle already; there’s no reason you should pay through the nose for a first-time mistake. Read more about how we can keep you out of jail and erase your record here.

You can pay far too much for someone less experienced, or you can have the best and keep more of your hard-earned money.

Consequences for Receiving a DUI/DWI

In Pennsylvania, choosing to drive after having just a couple of drinks can result in a drunk driving charge. You made a poor decision putting yourself and others at risk which now may have grave consequences including:

Just because you made a bad mistake doesn’t mean it has to ruin your life. Attorney Hopkins is a fighter and a fixer with a track record of success. He will fight for your rights, seeking the best possible options available in your case. He will work with you to reduce the impact your mistake will have on your life and the lives of those around you.

Unfortunately, young people often find themselves in situations involving drugs and alcohol. The opportunity to make poor choices, such as underage drinking or driving under the influence, is regularly present. Consequences of conviction often mirror those given to adults. Our firm has a history of working with families to decrease the impact today’s choices may have on tomorrow’s future. We represent students, not only in criminal cases but at school administrative hearings as well. We have represented many students at local colleges in Erie and surrounding areas like Gannon University, Penn State Behrend, Edinboro University of Pennsylvania, Allegheny College, and Mercyhurst College.

How Can an Attorney Help you with DUI Charges?

It’s difficult for someone with no legal experience or training to assess the strengths and weaknesses of a DUI case. DUI law is complicated and constantly changing, and the facts of every case are unique. So, getting the opinion of an experienced DUI lawyer can be valuable. Most DUI lawyers give prospective clients a free consultation. But even if you have to pay a small fee, it’s likely money well spent. Bring your police report and any other case documents you have to the consultation to make the best use of your time. It might also help to bring a list of questions you want to get answered.

Do I have a Right to an Attorney When I’m Stopped by an Officer and Asked to Take a Field Sobriety Test?

The Officer Never Gave me a Miranda Warning: Can I get my Case Dismissed?

No. The officer is supposed to give a 5th Amendment warning after he arrests you. Often, however, they do not. The only consequence is that the prosecution cannot use any of your answers to questions asked by the police after the arrest.

Why am I Being Charged with Two DUI’s?

The traditional offense is “driving under the influence of alcohol to the extent that you are incapable of safe driving.” The second offense is called DUI per se, which means driving with a blood-alcohol concentration over .08%. Both offenses are charged. The defendant can even be convicted of both, but you will only receive a sentence for one offense of DUI.

Can I Represent Myself? What can a Lawyer do for Me?

You can represent yourself, however, it is not a good idea. DUI is a very complex field with harsh consequences. Complicated procedural, evidentiary, constitutional, sentencing, and administrative license issues are constantly being dealt with in a single case. What can a lawyer do? A qualified attorney can review the case for defects, suppress evidence, miscalibration and neglected maintenance records for the breath machines, negotiate for a lesser charge or reduced sentence, obtain expert witnesses for trial, contest the administrative license suspension, etc.

What is a Rising BAC Defense?

It is unlawful to have an excessive blood-alcohol concentration (BAC) at the time of driving—not at the time of being tested. Since it takes between 45 minutes and 3 hours for alcohol to be absorbed into the system, an individual’s BAC may continue to rise for some time after he is stopped and arrested. Commonly, it is an hour or more after the stop when the blood, breath or urine test is given to the suspect. In other words, the test result shows a blood-alcohol concentration above the legal limit—but his actual BAC at the time of driving was below. However, in Pennsylvania, the law prohibits anyone from driving after drinking alcohol where their BAC is above .08% within 2 hours after they last drove a vehicle.  In Pennsylvania, that means you could have driven while your BAC was under the legal limit, and still be convicted of DUI due to a ‘rising BAC’.

What Defenses are there in a DUI Case?

Potential defenses in a given drunk driving case are almost limitless due to the complexities of the offense but are occasionally broken down into the following categories:

Can I Refuse a Breathalyzer? What Happens?

Many states have various laws that require chemical tests from a suspect after an arrest has been made. In the states that criminalize refusal, when someone does refuse these tests, he or she may have their driver’s license suspended. The person has already given consent to allow chemical tests to be performed as a condition of being a licensed driver in that state. When a person’s level has been met or surpassed, consequences may lead to DUI charges based on evidence through a breathalyzer test. In Pennsylvania, a person faces harsh penalties and automatic license suspensions if they refuse a breath test.

When is Drinking and Driving Illegal? 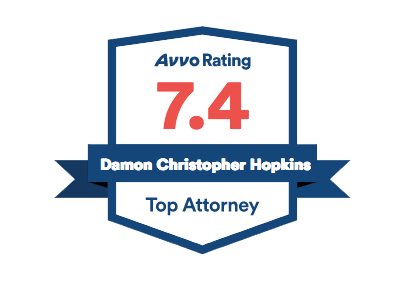